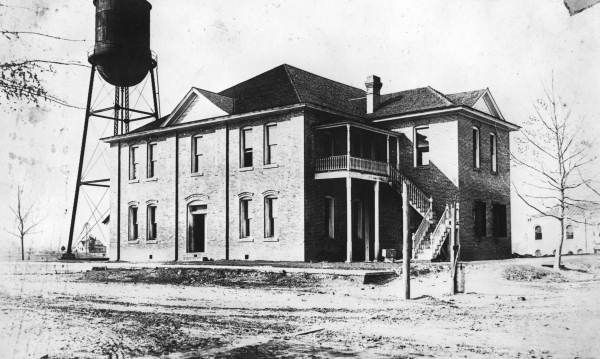 The first courthouse was built at Hewett's Bluff and on 5 July 1848, a post office was established and named Cerro Gordo.   The legislature didn't change the name of Hewett's Bluff to Cerro Gordo until 1861.   Its former existence was recorded by the Secretary of State in a report to Congress in 1871.  He said the courthouse had burned about a year earlier and that court was being held in the open woods.